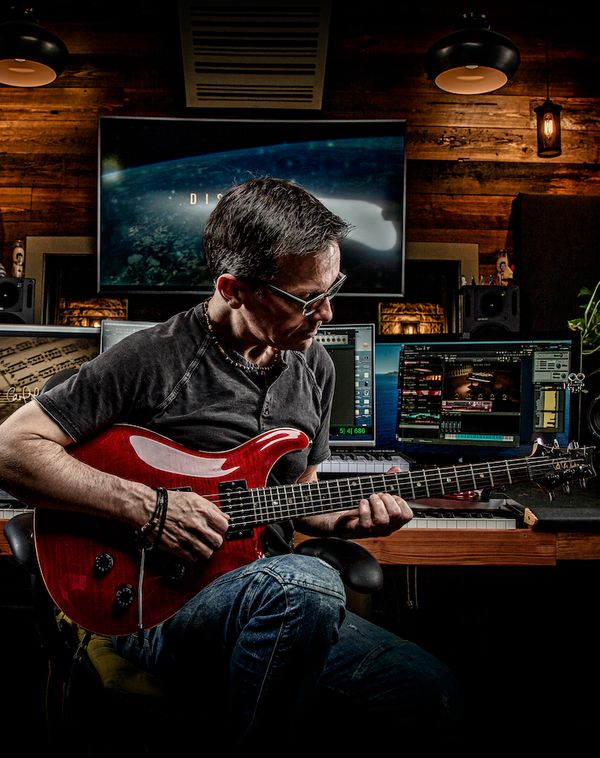 Carl Thiel is an award winning composer and producer who splits time between Los Angeles and Austin, Texas.

Born into a European family and raised in Mexico City, he was exposed to a rich and wide variety of cultural experiences and musical styles from a very early age. As a young boy, he would listen to his father (a Swedish immigrant with a doctorate in music) play Mozart and Bach on the piano, while his older siblings would play Beatles and Carpenters albums. His mother, a perpetual student of the healing arts and spiritual well-being, and the daughter of German and Austrian immigrants, shared her love for Strauss and Vivaldi, as well as meditational and inspirational music. Immersed in the huge metropolis, it was impossible for young Carl to escape the colorful variety of Mexican music present at every corner, ranging from songs of traditional artists such as Agustín Lara and Los Panchos, to pop legends José José and Emmanuel, to all the folk and pre-hispanic sounds and melodies that live at the heart of Mexican culture.

At age 6, he began taking classical piano lessons under the tutelage of Carlos Alcaráz -from the National Conservatory of Music- and within a couple of years, he was already improvising and composing his own music. He had a natural talent for figuring out how to play music by ear, and by his early teenage years, he had built a vast repertory of pop songs that would amuse his family and friends. At age 14 he landed a summer job as a pianist at an upscale restaurant, where he played Billy Joel and Elton John favorites, as well as Frank Sinatra standards and the like.

His high school years were spent at Trinity College School in Ontario, Canada, where as a boarding student, he flourished in art and music studies. Noticing his creative potential, his teachers granted him unrestricted access to the school's fine arts building so that he could play, paint and practice at will; a privilege of which he took full advantage. In music, he not only took part in school orchestra performances but also persuaded his teacher and school officials to rent professional rock instruments and equipment and let his rock/pop band perform at various school functions with much success. He graduated with high honors, and was awarded the Art and Music Prizes, among others.

Seeking an education connected with Film, he attended the University of Texas in Austin, where he studied Radio, TV & Film, while continuing his pursuit of musical advancement by taking various courses in electronic music. He took two full time jobs during his first summer break -one delivering tortillas from before dawn until late afternoon, and the other working at fast food burger joint for the dinner shift until late at night- to earn enough money to buy his first synthesizer, an amplifier and a cassette 4-track. During his second year in college, he performed and collaborated in songwriting with self-sustaining pop/rock bands, further developing his abilities as a musician/composer. He also ventured out into the field of film production by volunteering as an intern and later as a paid production assistant in various TV commercial and film productions, where he developed connections with the local production crews. 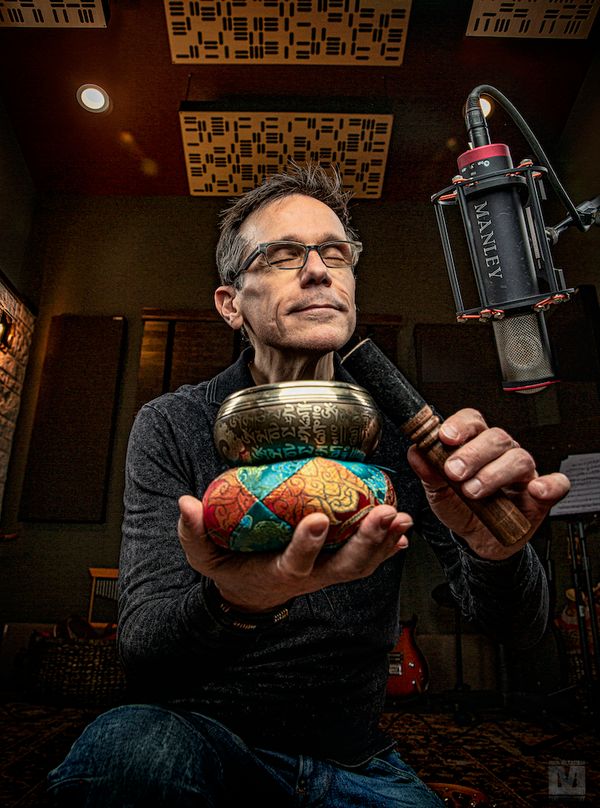 As a self-motivated young man, he used his 4-track recorder to create a demo reel of mock radio commercials, and score them with his own original music. He distributed this reel to the various contacts he had made in the TV production circles and eventually landed his first opportunity with a local agency. The job was a very low budget local :30sec TV ad that paid him a modest $150.00, but it marked the beginning of his professional scoring career. That exposure led to more jobs scoring local ads and corporate videos.

Eventually he was given the opportunity to pitch (competing against many other well-established music houses across Texas) for the official jingle of the Texas Lottery’s inaugural campaign. His winning composition (the vocals for which were recorded in his bedroom closet with a borrowed microphone) earned him the multi-market contract and opened the door to many more regional and then national campaigns for clients such as Coors Light, Subaru, Pepto-Bismol, Wal-Mart, Coca-Cola and many more. In between projects, he continued to develop his production and engineering skills by producing album projects for regional, national and international artists.

By the late 1990's, he had built his personal project studio -a state of the art 1400 sq. ft. facility set in the Austin Hill Country- and in 2001, his work attracted the attention of film director Robert Rodriguez, who hired Carl to produce the theme song for his second Spy Kids film. This marked the beginning of a unique musical journey and creative collaboration that continues to this date. Robert’s ‘outside-the-box’ approach to production has had a significant influence on Carl’s creative process.

Carl's recent projects include: "From Dusk Till Dawn: The Series”, the highly acclaimed independent feature “The Teller and the Truth”, Rooster Teeth's sci-fi comedy "Lazer Team 2", the breathtaking documentary "Diving Deep: The Life and Times of Mike deGruy", and "Seis Manos", an exciting new Netflix original Animé series, produced by the same team that brought you "Castlevania".

Besides working with Robert Rodriguez, Carl has had the privilege of collaborating with amazing creative forces such as Sandra Bullock, Willie Nelson, John Debney, Bob Schneider, Billy Gibbons, Eric Johnson, Grupo Fantasma, Ray Benson, Andrés Levin, Selena, Stephen Barber, Joe Ely, Stephen Bruton, Del Castillo, Los Lonely Boys, Patricia Vonne, Andrew Shapter, Monte Montgomery, Trevor Romain, Powerhouse Animation and many more. He's received multiple accolades, including a Latin GRAMMY® nomination and four ASCAP Film & TV Awards. He has served many years on the Board of Governors of the Texas Chapter of the National Academy of Recording Arts and Sciences, and frequently volunteers his time to teach and work with high school and college students across the state during educational events such as GRAMMY U Speaker Series and GRAMMY Camp.

Carl’s endless thirst for innovation in sound and his passion for musical growth continue to propel him to the forefront of the creative edge. 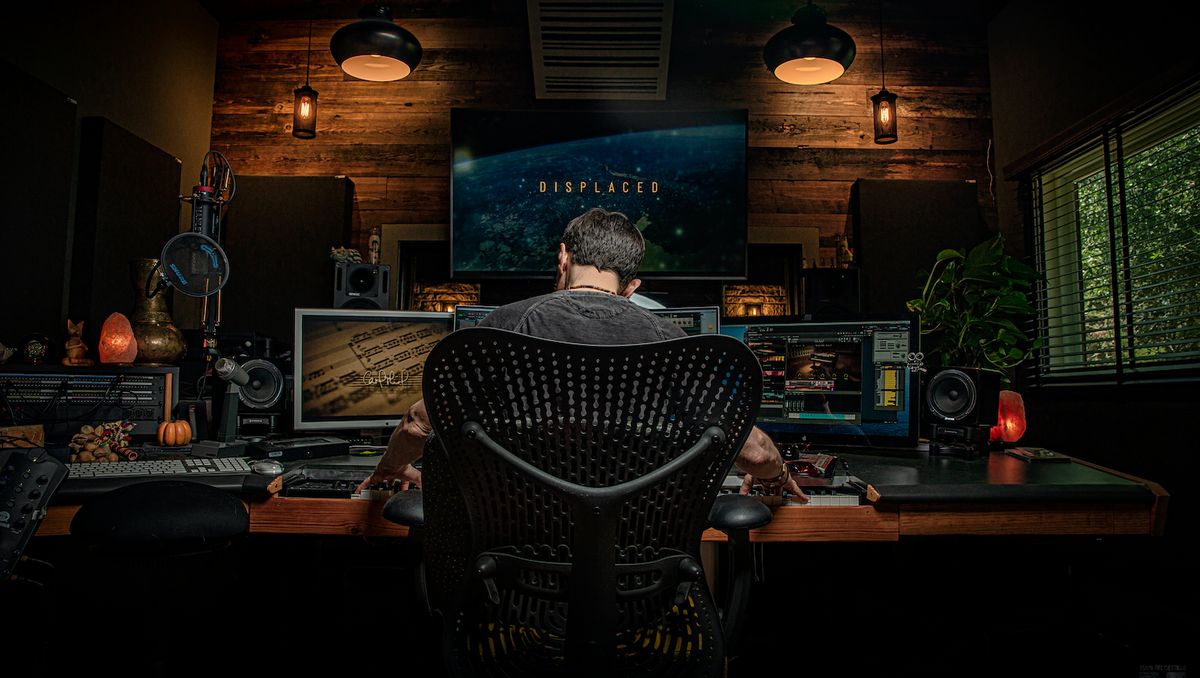